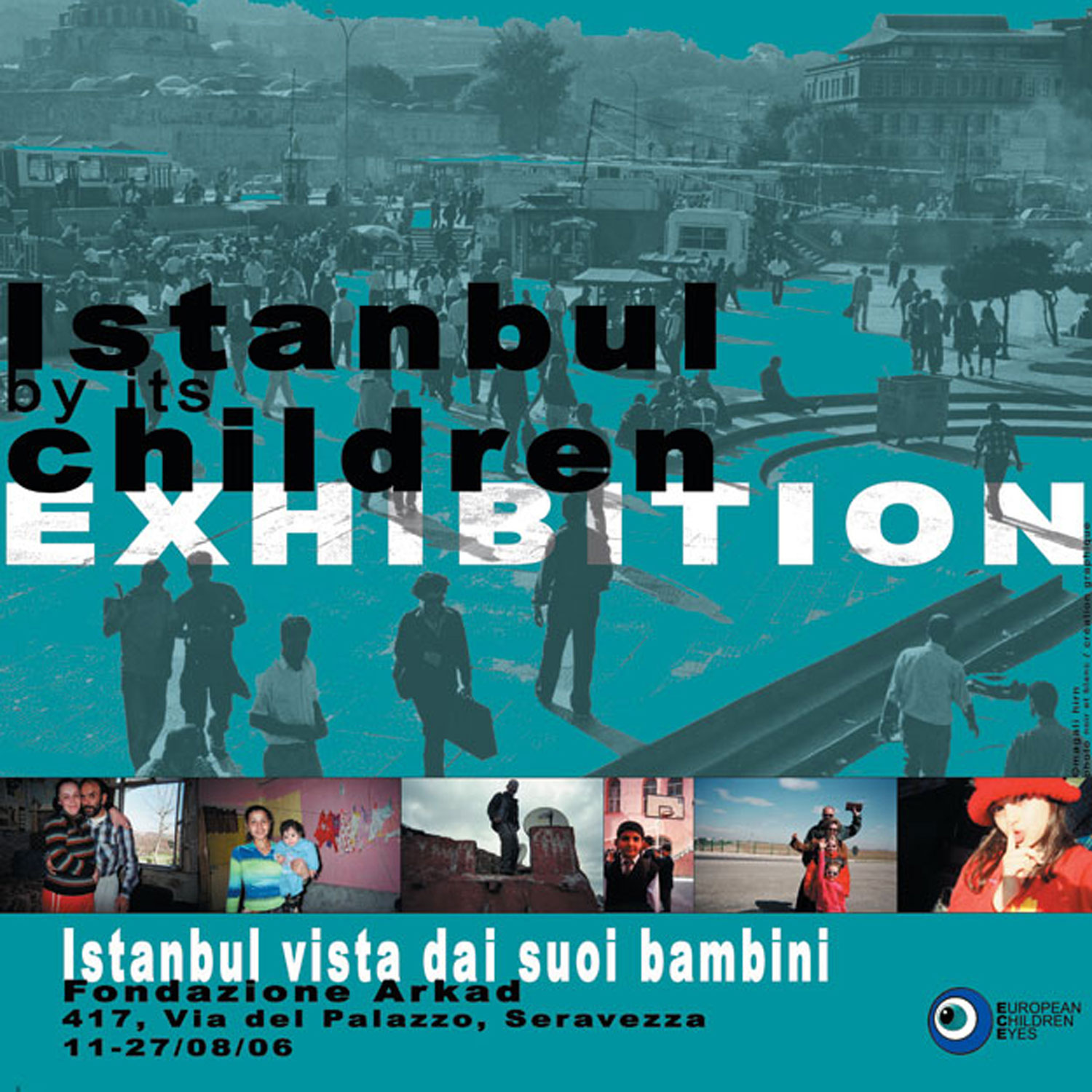 Istanbul By Its Children

The Exhibition in Europe
Thanks to the Art For Our Town Project organized by Istanbuls Koman Foundation and financed by European 2004-2005 Social Funds, 120 children of various social and cultural extraction from four of the citys neighborhoods were provided with the means to take 3000 photos of their city and their lives.
The best 200 photos already displayed in Istanbul in Spring-Summer 2005 became Istanbul By Its Children, an itinerant exhibition taken to a number of European nations that included France, Germany, Portugal, Spain, Sweden and Italy.
In Italy, the exhibition was organized with help from the ARKAD Foundation.

Purpose
The purpose of this European project was to stimulate the comparison, exploration and appreciation of different societies and cultures.

The Exhibition in Italy
The ARKAD Foundation, the projects Italian partner, thanks to collaboration with from the Santa Maria Elementary School in Colle di Lucca, invited 23 eight-year olds to photograph their daily lives and personal relationships.
The 50 best photos were inserted in the Italian part of the show held at the ARKAD Foundation Gallery.
The Italian event was given the double name of Istanbul By Its Children /Lucca vista dai suoi bambini.

Collateral events
The Italian exhibition was accompanied by a series of musical and theatrical events:
Concert with piano, percussion and guitar by Lapo Marliani;
Theatrical performance of "The Man Who Wasted Time" by the Coquelicot Troupe with Marika Monelli, Silvia Poggianti and Paolo Simonelli;
Theatrical and musical performance "Rituals" by Stefano Fogher, Matthias Dou and Patrycja Kujawaska.